Skeleton Technologies today announced that the company has appointed Ants Vill, former Vice President of Product, as Chief Operating Officer. In this role, he will serve as a Managing Director of both German and Estonian entities, oversee the operational functions of Skeleton, improve efficiency and build upon the company’s strong foundation for achieving growth. Skeleton is moving ahead with its plans to strengthen its management team with this announcement following the recruitment of Daniel Weingarth as CTO and the promotion of Sebastian Pohlmann as VP of Innovation. 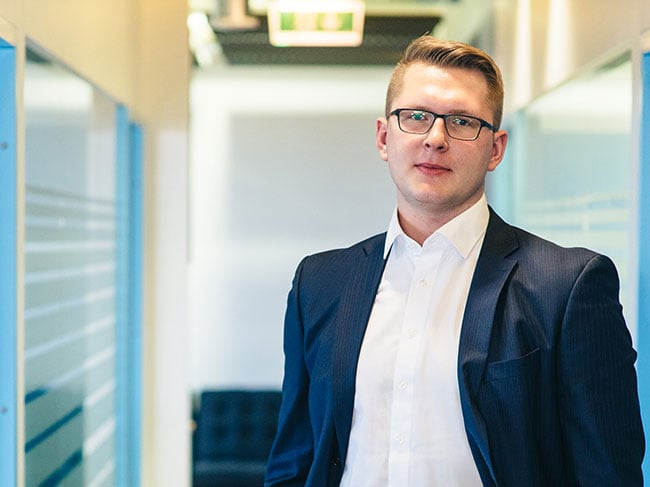 Commenting on this announcement, Taavi Madiberk, CEO and cofounder of Skeleton Technologies, said:

“True power comes from within. Ants has joined the company in 2015 and he has played a critical role in Skeleton’s main milestones from starting up production to develop the product portfolio and successfully build the most advanced ultracapacitor factory in the world in Grossröhrsdorf, Germany. Ants has a wealth of operational and managing expertise and he will use his talents to help the entire team execute and achieve our strategic goals.

“The current context of Covid19 is not affecting our original plans to proceed with the strengthening of our management team. The other nominations will improve the performance of our products and technology and having Ants in this position will allow us to scale. In terms of price and performance, the ultracapacitor sector is at a stage where the lithium-ion battery industry was in 1999. Skeleton is at the forefront, so we have great ambitions that require continuing significant development and improvements”.

Up until now, Ants Vill was VP of Product at Skeleton, where he was in charge of the entire product cycle from development to production to ensuring proper shipment to customers. He led the efforts to improve the in-house development teams' development cycle time, resulting in high flexibility to cope with customers and market needs for new products. He also started up Estonian and German factories and consolidated the manufacturing footprint in Germany.

“I am ecstatic to have been part of the Skeleton Team for already 5 years. During that time, Skeleton Technologies transformed itself from a small promising outsider to the global technology leader in ultracapacitor energy storage. I am particularly proud that my team planned and engineered the move to Germany where we have built the most modern and efficient ultracapacitor factory in the world, with a scale-up plan to increase our capacity to meet the demand created by electrification.

I am excited to become Skeleton’s COO at this transformational time, not only for the company but also for our industry as a whole. I enjoy challenges and I am very goal-oriented, which is why I look forward to working with the team to help them exceed expectations and to enhance our efficiency. These are the conditions to make us the biggest ultracapacitors manufacturer in the world.”

Prior to joining Skeleton, Ants Vill has co-founded DeltaE engineering company (former Hoiame Kokku Grupp), that operates in the field of building automation and renewable energy based solutions. He started his career as a production manager at Victor Stationery, Europes' third largest paper stationery manufacturer.

Ants Vill was listed in Forbes Europe’s 2017 “30 under 30” for Industry. He graduated from Tallinn University of Technology with a Master’s degree in Innovation and Governance. Knowledge of lean manufacturing has been acquired by studying renowned senseis like Taiichi Ohno’s apprentice, sensei Nakao from Shingijitsu USA Corporation, and practicing Kaizen daily. Ants is an officer in reserve and was awarded an Order of Merit by the Commander of Estonian Defence forces,for his exceptional service, planning and leading skills.