In 1997 the inhabitants of the Isle of Eigg raised enough funds to take back control of their Island.  Their next project was to see if it was possible to become independent from volatile oil prices, previously everyone on the island needed their own generator to generate electricity.

It doesn’t sound like a big issue for most of us.  How hard can it be? Fill a tank with diesel and burn it when you need electricity.

The devil is in the detail.

Diesel had to be brought from the mainland UK by boat in sufficient quantities for everyone. It then had to be taken from the island pier to the generators' tanks, by car, in Jerry-cans.  Bearing in mind that any spilled diesel on clothes can take up to 4 washes to be removed, one can imagine how annoying this activity could be if it went just slightly wrong.

The price of diesel was out of their control, despite subsidies, they were taking a hit every time the price of the barrel of oil increased.

The generator was turned on first thing in the morning and turned off last thing at night. To turn the lights off before going to bed, we simply need to push a button, to do this on Eigg, you need to go outside and switch the generator off and use a torch light to see yourself to bed. 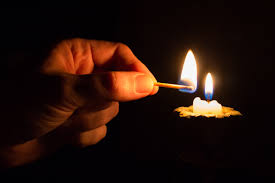 Customers at the B&B did not have any light during the night, and changing a baby with a torch light must have been a major nightly routine...

Today, the Isle of Eigg boasts one of the first ever electricity grids running totally from renewable energy.   Many still think this is not possible, Eigg and its inhabitants are proving them wrong every single day.

The grid of Eigg is powered by the sun, the wind and the water running on the island. It is buffered by 96 lead-acid batteries and more recently by a set of flywheels and a bank of ultracapacitors.  Diesel generators are still used in periods when there is no wind, rain or sun but these are few and far between.

A stream with a weir reliably provides up to 100 kW of hydro-electricity and covers most of the islands needs during 9 months of the year and during the summer, with the help of the long days (because of the high latitude), the photo-voltaic array provides up to 50 kW.  This mix greatly assists the hydro generated electricity during the drier summer months.

The wind energy is fairly reliable at Eigg but supplies only 24 kW, this is enough to supply energy during the night.  The batteries can supply over 6 hours of power and the fast response units (Flywheels and ultracaps) help provide the energy during times when the solar energy units deal with a patchy sky or when the backup generators need time to kick in to get to full speed. (Generator run when batteries are half empty - SMA controls it.)

The idea with the fast response units is to preserve the battery charge and avoid rapid charge discharge cycles on the batteries. In other words, shaving the peaks and troughs of power demand.

The lead-acid batteries also suffer from the "coup de Fouet" effect.  In French, "Coup de Fouet - Pronounced "Koo-duh-phooway" means "Whiplash". If there is a sudden high demand on the batteries, the response is hampered by a voltage drop proportional to the demand intensity.  It can last a few seconds and the batteries take a few minutes to fully work correctly. This results in a voltage variation on the grid that can trigger client systems shutdowns.  The fast response systems can alleviate this by providing the power during the first few seconds and preserve the batteries from the whiplash phenomenon.

If there is too much energy generation in the grid, it goes into space heaters for the 2 churches and the community halls such as the on at the pier centre. Four emergency 6 kW dump heaters are located at the wind farm control building and disperse the heat outside in the event of a power cut.That way, the windmills do not need to stop turning and their energy is directly dissipated, preserving the integrity of the grid.

The isle of Eigg population has grown from 60 to more than 100 inhabitants and the grid is in constant evolution, the big test for Eigg is how to cater for the population increase whilst keeping a quality delivery of power for everyone.