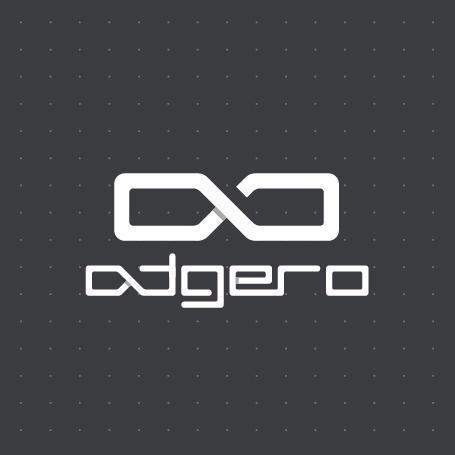 Under the deal, the Strasbourg-based Adgero will source SkelMod 50F 160V ultracapacitor modules for its Kinetic Energy Recovery Systems (KERS) pioneered to increase efficiency for the trucking industry.

The hybrid system – complete with Skeleton Technologies ultracapacitors on board – will be road tested by leading UK transport company, Eddie Stobart, ahead of Adgero’s expected series production this year. The truck company will test KERS in a curtainsider trailer – built by one of the largest manufacturers in Europe, SDC Trailers – and unveiled at the Commercial Vehicle Show in Birmingham later this month.

Under the exclusivity agreement for 2016 and 2017, Adgero will purchase hundreds of SkelMod 50F 160V ultracapacitor units in a deal worth approximately €3.5million.

President of Adgero SAS, Mack Murray, said of the agreement:

“The efficiency gains confirmed during current road testing of the KERS technology for road freight rely on power delivered via the SkelMod 160V module – those results would simply not be possible with ultracapacitors from rival manufacturers.

“The highly competitive nature of the road freight industry means improving efficiency is of the highest concern for transport operators.

“Securing supply of Skeleton Technologies’ graphene ultracapacitors ensures Adgero’s ability to bring KERS to the market with the confidence of having the world’s most advanced energy modules at the heart of our system, and deliver a powerful competitive edge to haulage operators.”

SDC’s head of engineering Jimmy Dorrian, said of the technology:

"Operator efficiency was the driving force behind the Kinetic Energy Recovery trailer innovation. Our customers are always looking for ways to reduce their fuel consumption and overall carbon footprint, especially in demanding applications such as heavy terrain or continuous urban transport.

“To deliver for Adgero, we developed intelligent ultracapacitor modules with a proprietary management system that allows for smart monitoring and control of the energy/power profile according to customer requirements.

“We worked closely with Adgero to adapt the 160V power module to meet the specific needs of road freight vehicles.

“The resulting technology can reduce fuel costs for transport operators while slashing emissions by up to a quarter. With road haulage accounting for over a fifth of the EU’s total CO2 emissions, we’re proud that clean technology is central to delivering money-saving efficiency gains.”

The agreement covers the SkelMod 50F 160V ultracapacitor modules developed for the KERS road transport application exclusively and does not affect Skeleton Technologies’ commercial relationships with customers and in other industries.

The Adgero KERS unit consists of a bank of five high-power Skeleton Technologies SkelMod 50F 160V ultracapacitors, working alongside an electrically driven axle to capture energy loss and use this energy to re-power the vehicle.

During braking, the unit becomes a generator, recovering kinetic energy that would otherwise be lost as heat and storing it in the ultra-capacitors. The technology is controlled by an intelligent management system that tracks driver input in order to automatically control the regenerative braking and acceleration boost.

KERS is projected to reduce fuel consumption and associated CO2 emissions by up to 15-25 per cent, depending on terrain and traffic profile, while the regenerative braking system significantly reduces brake wear and associated maintenance costs.

Founded in 2014, Adgero developed a patent-pending Kinetic Energy Recovery System (KERS) for articulated lorries. After finalising laboratory testing in 2015, Adgero is undertaking road tests with one of the United Kingdom’s leading road freight groups before entering series production in 2016.

Skeleton Technologies is Europe’s leading manufacturer of ultracapacitors, delivering high-power, high-energy, reliable and long-life storage solutions across industry. It is the only ultracapacitor manufacturer to use a patented nanoporous carbide-derived carbon, or ‘curved graphene’ to achieve global breakthroughs in performance, delivering twice the energy density and five times the power density offered by other manufacturers.

In 2014 it opened a 1000m2 pilot plant and launched the SkelCap series ultracapacitors and in June 2015, secured €9.8 million capital from institutional investors for further expansion. Its current customer base includes global engineering companies, the European Space Agency and several Tier 1 automotive manufacturers.

Recently inducted into the Global Cleantech 100 ranking, the company employs 49 people, including nine PhDs, and has two subsidiaries: Skeleton Technologies GmbH located in Bautzen, Germany, which deals with manufacturing and sales; and Skeleton Technologies OÜ, located near Tallinn, Estonia, which handles R&D and pilot production.