Skeleton Technologies is excited to welcome Dr. Daniel Weingarth, one of the leading experts on ultracapacitors globally, as its new Chief Technology Officer. As CTO, he will lead Skeleton’s development team in increasing the energy density of its ultracapacitors ten times over current market levels.

“It is well known that Skeleton has technical and competitive advantages against other actors in the market, but we are competing against big names like Tesla. So if we want to keep European innovation ahead, we must attract the best experts in ultracapacitor technology and Daniel is one of them.

Ultracapacitors are very far from having reached their full potential. As an industry, we are at a stage where lithium-ion batteries were in 1999.  A breakthrough in energy density will be game-changing and we are confident that Daniel’s expertise and past work on high energy density ultracapacitors will help us reach this new level.” 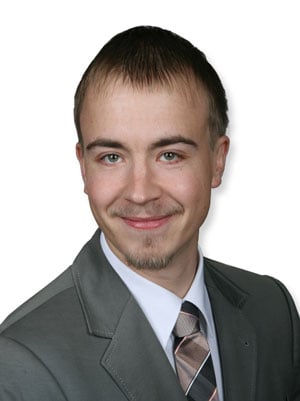 Until recently, Dr. Weingarth was the Head of Application Engineering at Heraeus Battery Technology GmbH, where he led the technical and scientific development of Li-Ion batteries and the planning and commissioning of new facilities, among other things. During his tim

„The opportunity to join Skeleton Technologies brings me back to my electrochemical roots. I am really looking forward to contribute with my knowledge and make an impact by bringing my ideas from the laboratory to production. Skeleton is already a successful supplier to the automotive and industrial sector but I’m particularly excited about the long-term roadmap to increase ultracapacitors’ energy density tenfold. It’s a challenge I’m willing to take.”

Dr. Daniel Weingarth has authored more than 30 publications about ultracapacitors and is one of the most cited authors on the topic globally. He obtained his PhD  in 2013 from ETH Zürich, where he worked with Dr. Rüdiger Kötz at the Paul Scherrer Institute.