Skeleton Technologies’ CEO Taavi Madiberk today took part in a live debate with the President of Estonia, Toomas Hendrik, and the President of Slovakia, Andrej Kiska. The event explored how to encourage more young people to start their own businesses, as well as how to drive investment in startups. Taavi started Skeleton Technologies in 2009 with CIO Oliver Ahlberg when both were in their early twenties. Today, the company is one of the leading ultracapacitor manufacturers in the world.

Speaking alongside Margus Uudam of Ambient Sound Investments, Taavi spoke about the importance of finding innovative ways to raise finance. Earlier this year, Skeleton Technologies successfully completed Series B financing of €9.8 million ($10.7 million) from a consortium led by Harju Elekter Group (HAE1T), which owns electrical equipment manufacturing plants in the Nordic-Baltic markets, and UP Invest, one of largest investment firms in the Baltic region.

A full article on the event is available on the Estonian Public Broadcasting website (in Estonian): http://uudised.err.ee/v/majandus/766d67b2-bec8-4d2a-9526-7c8ac20bd8fb/ilvese-ja-kiska-hinnangul-on-tahtis-suurendada-noorte-ettevotlikkust 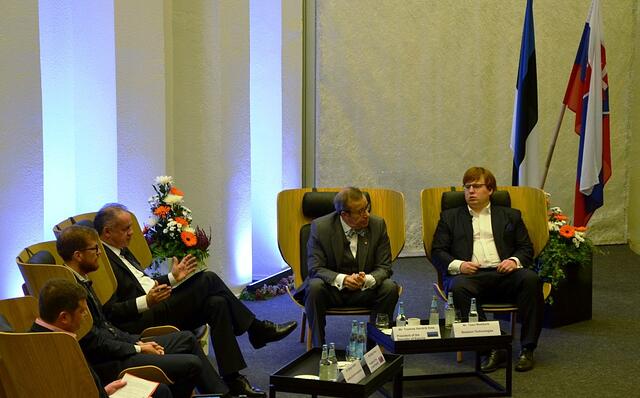