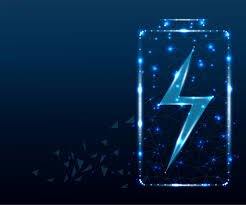 On March 17th, the Council of the European Union announced it has adopted a general approach to the proposal for a regulation to strengthen EU legislation on batteries and waste batteries.

This new landmark sustainable battery law aimed at embedding resilience, sustainability, and competitiveness into the European battery industry has been proposed in December 2020 by the European Commission. Among the key elements of this new regulation are the mandatory carbon footprint declarations, mandated recycling, and due diligence policies, for instance. This initiative is of major importance, particularly in view of the massive development of electric mobility, from an environmental, economic, and social point of view. It is also very important in terms of technological sovereignty for the European Union. The new regulation will replace the current batteries directive of 2006.

As explained by Barbara Pompili, French Minister for Ecological Transition (France currently holds the rotating Presidency of the Council of the EU):

"the new rules will promote the competitiveness of European industry and production chains and make more batteries available for our shift towards zero-emission modes of transport.”

The European Parliament adopted its negotiating position in the plenary on 10 March 2022. The Council and Parliament will now start trilogue negotiations with a view to progressing towards an agreement on the final text in the first reading. It’s an appreciated and welcomed progress but, as the key European battery players, Skeleton hopes and calls for speedy adoption of the final regulation and delegated acts.

In December 2021, together with EIT InnoEnergy, ACC - Automotive Cells Company, Northvolt, Verkor, Vulcan Energy Resources, Talga Group, and Eramet, Skeleton co-signed a letter sent to Environment Ministers of the EU and key MEPs warning against unnecessary and counterproductive delays to the implementation of the new EU battery regulation. We consider such delays would deny the young European battery industry a head start over more established players which have a poor history of corporate social responsibility practices.

In addition to the environmental benefits of this new regulation, Skeleton values the fact it would also strongly support low-carbon battery technologies manufacturing in Europe as well as technologies made and developed in Europe. The geopolitical context shows that fossil fuels dependency should not be replaced by a dependency on battery imports or their components.

It’s not an issue Skeleton faces, and we know supercapacitors would not fall under this new regulation, anyway. Nonetheless, the regulation contains several aspects regarding batteries which Skeleton Technologies considers to be a positive sign for the planet as it supports batteries being lighter, more environmentally friendly, and having a longer life span.

In particular, we support the fact lead-acid batteries will be heavily regulated with a forced recycling rate of close to 100%. Tough recycling regulations on hazardous materials and due diligence policies are strongly supported, too, as well as the mandatory reporting of a battery's carbon footprint over its lifespan.

The industry has the solutions to increase the lifespan of batteries - and indeed using supercapacitors and hybrid ESS with supercapacitors are some of these solutions – so regulators don’t have reasons to be concerned about the negative effects on the battery industry, quite the contrary. The fact many key European battery players are asking them to move faster should therefore encourage them.