What Is in the Pipeline for Maritime Transport?
Share on

The International Maritime Organization (IMO) proposes to drastically reduce emissions coming from the maritime industry. It is believed that maritime transport alone causes a quarter of the world's CO2 emissions.  Up to recently, the industry has been using "Bunker oil". It is the lowest form of fuel coming from the oil refining process and the most polluting fossil fuel after coal.  Bunker oil is used routinely in cruise ships where the air is 20 times as polluted as in major city centers.  This is so bad that people living near the port of Marseilles fear the cruise ships will destroy their health.

One smart way to seriously tackle man-made climate change and all these emissions would be to look at possibilities to reduce all this to zero.

The first attempts come from an unlikely country.

Deceptively, Norway is often associated with Big Oil in the North Sea, but this is changing.  Norwegians are well aware that despite the size of their population, they can make a powerful difference and are doing their best to set an example. 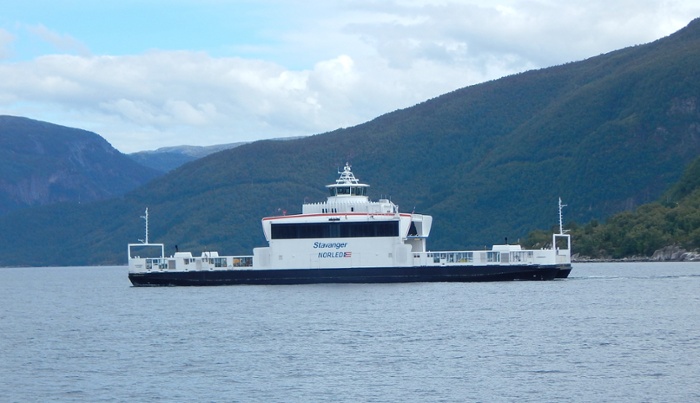 So, how does the Norled Ampere ferry work, and what are the key advantages and disadvantages?

It has 2 very large battery packs, one forward and one aft.  Each battery pack contains 420 kWh of energy, that is about 4 Tesla S' worth at each end. 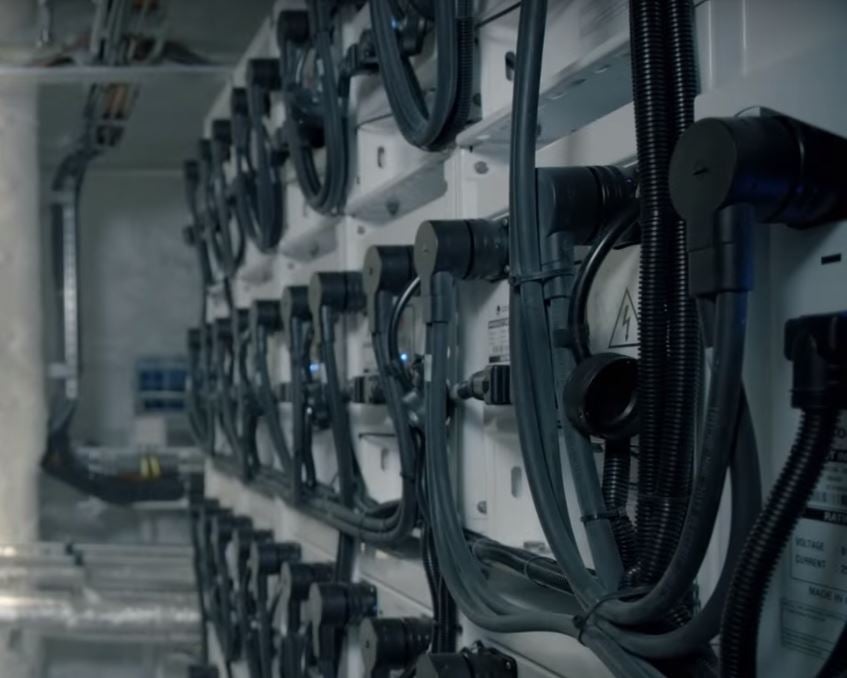 A 260 kWh battery supplies hotel load (non-propulsion) current when the ferry charges. The batteries are charged using a battery from the dock directly via a very large plug called a pantograph or "panto" for short to the ship's batteries, using the maximum allowable charge rate during the time the ferry is stationary taking vehicles in. 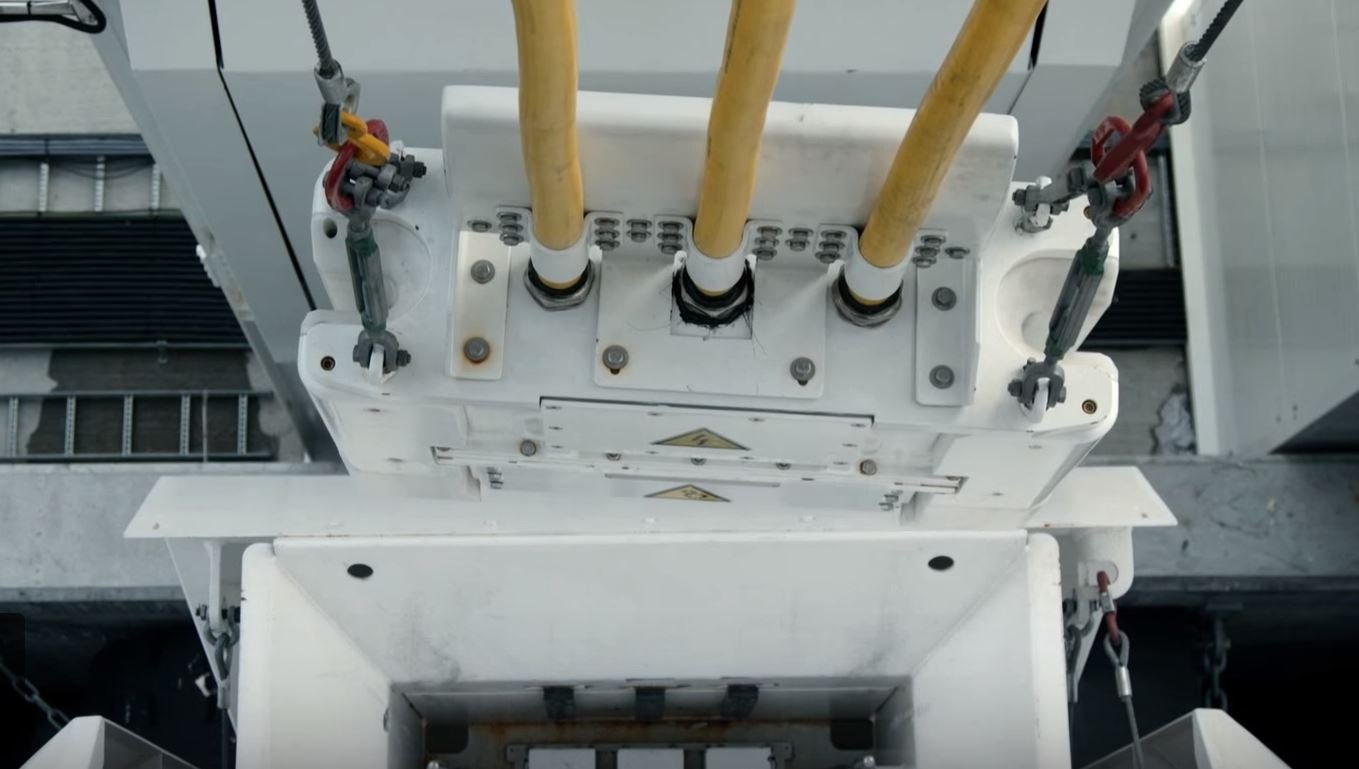 It reduces the charge time, it also significantly wears the batteries. The charging process puts strain on the batteries whilst the gentle discharging during travel does not.

The big advantage is that there are no black clouds belched in the pristine Norwegian fjord landscape.  The range is limited but the ferry crossing is only 6 km long.

Larger ferries are being built with overall onboard energy exceeding 2 MWh.  Orders for electric ferries are on the rise, and short-haul ferries are an ideal application for maritime electric propulsion.

Apart from electricity that can be used to power a ship, surely, we can also use wind, it has been the main source of power for shipping since immemorial times, it needs to be looked at again with a modern eye. 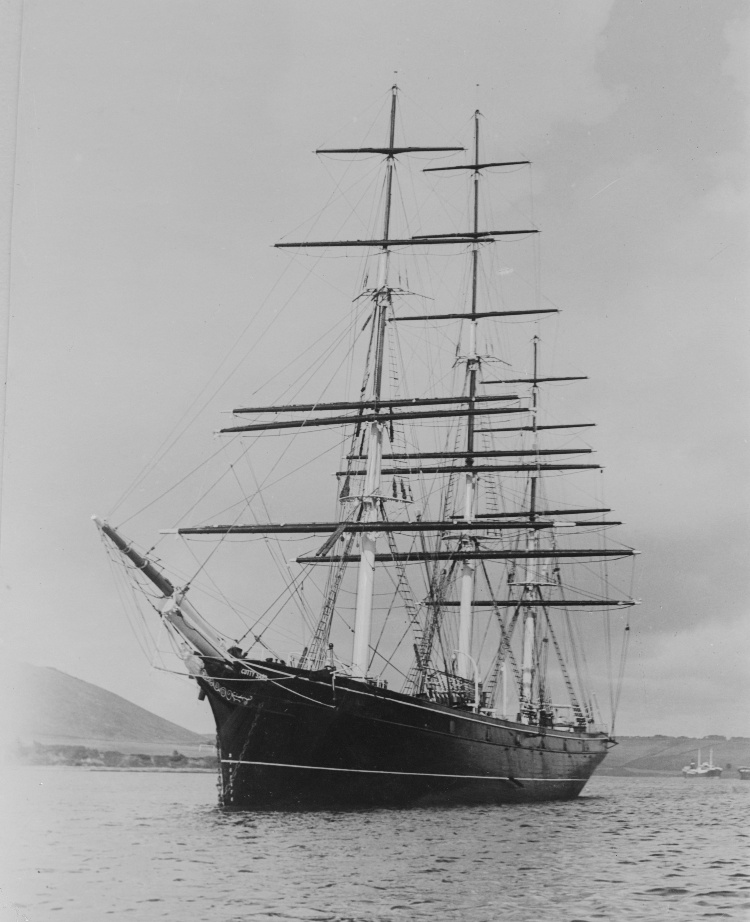 Yesterday's clippers, although they were majestic, like the Cutty Sark, required a large number of souls on board just to manage the sails. Should the weather conditions change, the sails had to be quickly folded back or deployed. Depending on the wind direction, some extra sails could be deployed.  This was horribly complicated and dangerous.

Today the proposed designs for the sails on luxury yachts and cargo ships can be rigid and managed by an electronic brain which can sense the environmental parameters and manage the sail surface and rotation according to what heading the ship needs to follow.

Adding a kite at the front can also add momentum. 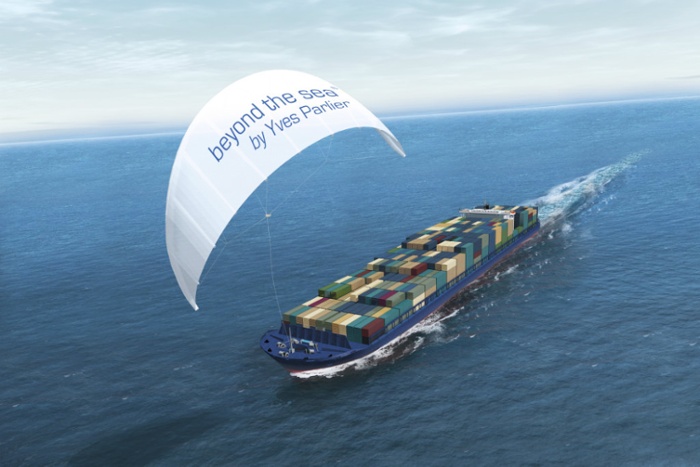 The on-board energy storage source for the sail movement and deployment could be ultracapacitors.  The demand in energy is short, the power needed to move, retract or extend the sails can be quite high, and the task is repetitive.

The charging of the ultracapacitors could be done in a fairly slow manner using a windmill or a set of solar panels or perhaps a small cylindrical wind turbine or a hydro turbine under the ship.

If there is surplus energy it can be sent to on-board batteries to enable electric propulsion of the ship during periods of no sun or no wind.