Skeleton Technologies - the largest European manufacturer of ultracapacitors – unveiled its plans to develop first-of-its-kind production technology for manufacturing its ultracapacitors, following the official support announced by German authorities in January. To execute these plans, the company will receive an additional €51 million ($60 million) from Germany’s Federal Ministry for Economic Affairs and Energy and the Free State of Saxony.

This project will include the development of a fully-automated ultracapacitor production line in its Großröhrsdorf factory – a first in the industry. The economies of scale provided by this new technology, combined with the use of Skeleton’s patented “curved graphene” material, will dramatically drive the production costs down, boosting the competitiveness of ultracapacitors as the key enabling technology for the future of transportation and electrification. 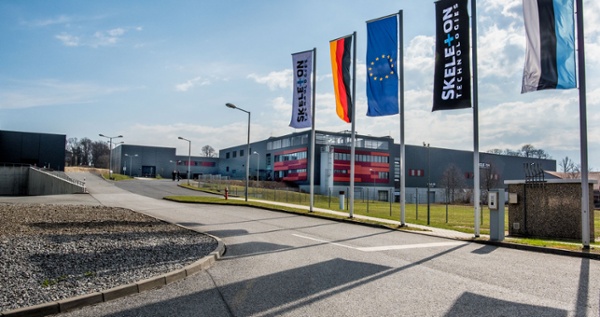 “We are continuously investing in R&D – whether it is improving the performance of our products or the process in which we make those products. The next stage of our production will see an implementation of fully automated Industry 4.0 manufacturing techniques – a first-of-its-kind in the ultracapacitor industry. Coupled with our curved graphene material, we are able to dramatically decrease the cost of ultracapacitors. The ultracapacitor industry is in the same situation as lithium-ion batteries were in 1999, but our advancements in core technology and production capabilities will be able to show a cost reduction faster than for any other energy storage technology. We have a clear road map to lower it by almost 90% after completion of our 5-year project.”

“The battery projects under the IPCEIs will give us the critical mass we need for a sustainable and competitive value chain for batteries in Germany. I am particularly pleased that this will lead to new jobs for skilled workers in an important forward-looking area, and in close proximity to the Lausitz region, where they will help bring about structural change in a region where the energy sector plays such an important role.”

“With a projected annual volume of around €250 billion by 2025, the European battery industry will play a key role in the continent’s economic recovery. The support through the new IPCEI will enable Skeleton to advance its market-leading ultracapacitor technology and contribute greatly in making Saxony an innovation hub for climate tech”,

adds Christian Müller, CEO of EIT InnoEnergy in Germany, which is one of the drivers of the European Battery Alliance (EBA) and one of Skeleton’s investors.

Under the EuBatIn IPCEI, eleven companies with sites in Germany will receive support from the Federal Ministry for Economic Affairs and Energy (BMWi) for sustainability, development and innovation projects across the whole value chain. In addition to Skeleton Technologies, these companies are CI Systems, Alumina Systems, BMW, Cellforce Group, ElringKlinger, Liofit, Manz, Northvolt, SGL Carbon, and Tesla.

Thiago Benvegnú, Hardware Engineer: "I have already learned a lot from my colleagues"

The perfect combination: why Skeleton’s supercaps are used by Green Team Twente to power their hydrogen racing car