The SkelStart Engine Start Module is already the most powerful module for engine starting applications in the world and its strengths are very complementary with batteries’. These characteristics are making it a very powerful module for the trucking industry.

Skeleton is currently working with a major North American OEM (original equipment manufacturer) in the automotive sector to develop an engine starting module that outlasts the existing lead acid batteries significantly. The OEM have been testing SkelStart modules for a while and were so impressed with the results that Skeleton was nominated as the partner for developing an engine start module for a brand new truck platform that meets the highest environmental standards while taking the possible failures in the field to a minimum.

As of now, the lead-acid engine starting batteries are considered one of the weakest spots in the truck, especially in the cold climates where the batteries need replacing, sometimes during the vehicle’s warranty period already, thus bringing a shorter maintenance cycle for the driver, not to mention the significant extra costs for the manufacturer who takes care of the replacements during warranty. 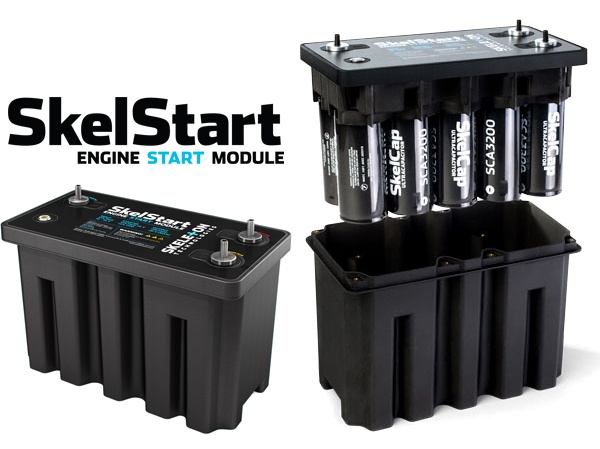 On the contrary, Skeleton’s ultracapacitor modules are expected to be lifetime components on the truck, meaning that the user wouldn’t have to worry about the engine starting module at all. Over the course of its lifetime, the ultracapacitor module yields significant benefits against the currently used lead acid batteries. It delivers 2x faster cold cranking time and much higher cranking power than a battery and ensures starting even when batteries are dead. The ultracapacitor module also improves the sustainability performance of the truck as it doesn’t contain harmful chemicals or toxic metals and doesn’t require any maintenance.