Skeleton Technologies, the global technology leader in supercapacitor energy storage, and Class8 Energy, a Canadian equipment distributor, have signed a €11.6 million contract to supply supercapacitor modules to the North American trucking and retail industry. Through this agreement, Skeleton’s products will be distributed to the fast-growing North American heavy vehicles market, allowing it to meet the highest environmental standards while taking the possible failures in the field to a minimum. As a first concrete example of this new and already successful cooperation, Class8 Energy announced an agreement with the largest Canadian heavy vehicle parts distributor – UAP’s Heavy Vehicle parts division – to supply Skeleton’s supercapacitors to them.

Ants Vill, Chief Commercial Officer at Skeleton Technologies, stated: “We are delighted to publicly announce our collaboration with Class8 Energy. Our partnership will develop further our market penetration of the multibillion North American heavy vehicles segment and this accord with UAP is a prime example. From sustainability requirements to energy efficiency and rising costs, the North American trucking industry is facing several challenges that our supercapacitors can help tackle, as evidenced by the recent new agreements we signed with major OEM and leading truck manufacturers.“ 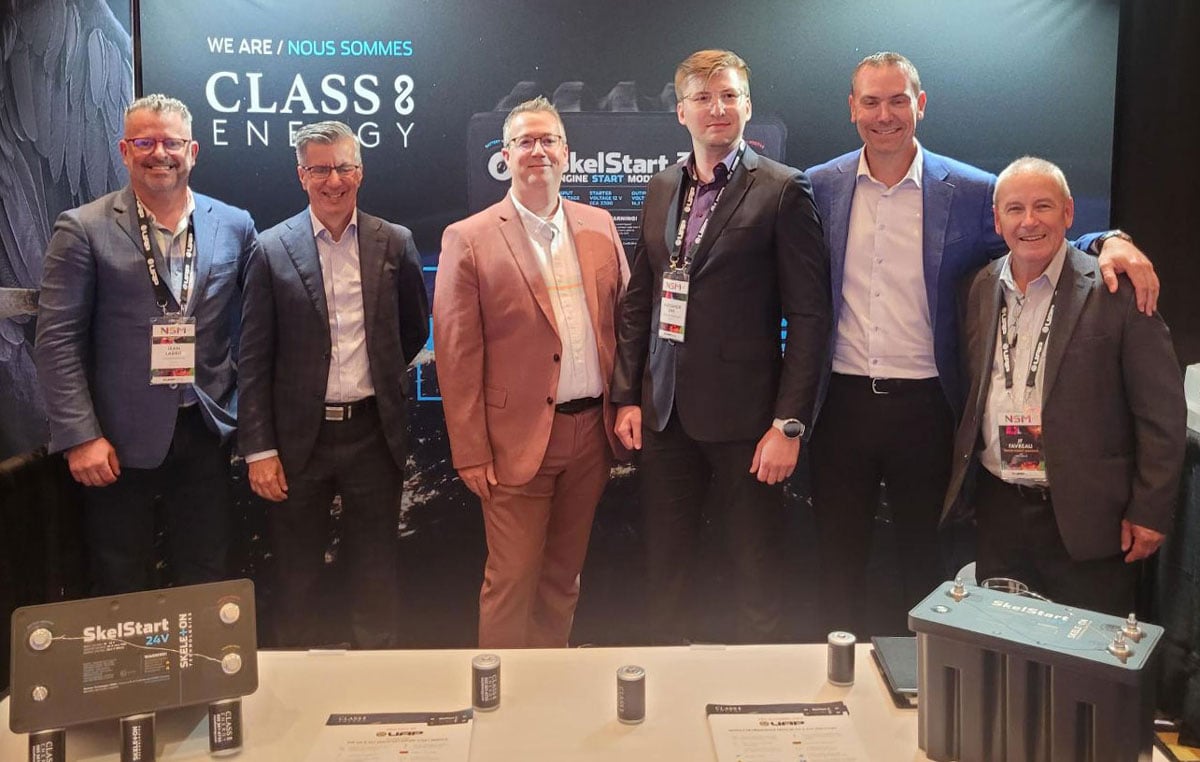 Located in Mississauga, Canada, Class8 Energy is run by Jean Labrie, a veteran executive with over 30 years of experience in the truck, trailer, and heavy-duty industry. The Ontario-based company is dedicated to a greener future and more efficient energy for vehicles and heavy machinery.

Jean Labrie, CEO of Class8 Energy, explained: "Since the beginning of the electrification of commercial vehicles, our efforts have turned to obtain a better energy solution for the heavy-duty and the off-road machinery diesel market. Our research led us to collaborate with Skeleton, whose supercapacitors totally go beyond our expectations while preserving the environment.

Using Skeleton’s products, we will now focus our experience and dedication on providing a greener future in the North American market. The demand is already important and promising: we have signed our first agreement with UAP’s Heavy Vehicle Parts Division and Skeleton’s SkelStart is already being requested by some of the world's largest truck manufacturers.“

Supercapacitors have been used in heavy transportation for many years, but, with increasingly stringent regulations around fuel efficiency and emissions controls, their use is growing exponentially.

Trucks around the world are increasingly replacing lead-acid batteries with supercapacitor technology because it is more reliable, guarantees to start in very cold weather, and prolongs the engine starting system’s service life.

Skeleton’s modules also deliver 2x faster cold-cranking time and much higher cranking power than a battery. Last but not the least, supercapacitors improve the sustainability performance of trucks as they don’t contain harmful chemicals or toxic metals and don’t require any maintenance.