Skeleton Technologies lays foundation for its own Estonian ‘Gigafactory’

ultracapacitor manufacturer Skeleton Technologies today opened the first stage of a new €3.5 million production line, which on completion will produce up to half a million ultracapacitors a year. 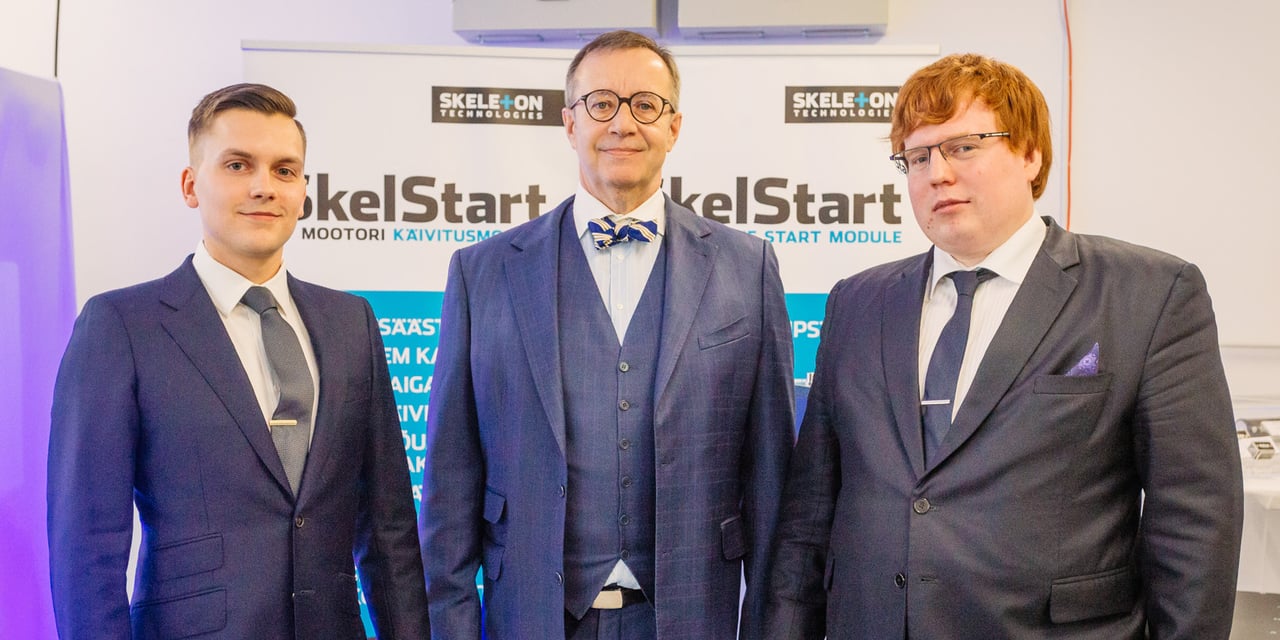 The event marked the first device off the new production line, which winds up the internal elements of ultracapacitors. The new facilities would provide process automation from start to finish and created eight new jobs. Existing employees will be retained and reskilled for the new process.

President Ilves acknowledged the company in his speech for the development of the energy sector.

“Innovative technological solutions, which help to sustain the environment and save energy are crucial. Therefore I am really pleased when something so important is achieved in the Estonian technology area by using the local research potential. The supercapacitors of Skeleton are three times smaller and lighter compared to those of the competitors – and this is the secret to success.”

Skeleton Technologies' CEO Taavi Madiberk said the production line would be completed at the end of this summer.

“The total capacity of the ultracapacitors, produced on Skeleton’s new production line is 6GW. Tesla has predicted the annual production of their Gigafactory in 2020 to hold 35GWh of energy. It is true that one part of our factory is here, in Estonia, the other, however, in Germany. Thus, it may be said that it is an international gigafactory.”

Madiberk said the new ultracapacitors help save a lot of energy and reduce environmental impacts through emissions.

“If each new truck manufactured in Europe was equipped with ultracapacitors and a regenerative braking system, more than two billion litres of fuel would be saved and air pollution would be reduced each year.”