Reed Hastings, the CEO of Netflix has famously said that:

We’re a team, not a family. We hire, develop and cut smartly so we have stars in every position.

A challenging quote to live by, but nonetheless, it’s one of the core tenets of how we think a company should operate and hire.

Putting Together a Team

People work at Skeleton because they believe that the mission of helping to save energy is an increasingly important one.

Check out open positions on our  careers page

Any basketball team’s goal is to win the championship and reaching that goal guides the decisions of the team – who are the best players for us right now, who would bring something to the team that helps us getting closer to our goal?

So, first and foremost we try to find the best people to join us at Skeleton. People who have the drive, the enthusiasm, and are a match for our core values, but will also elevate the entire team with a new set of skills or experience.

Looking a little deeper at what kind of people we value, we like to say that A players hire to elevate, not to delegate. 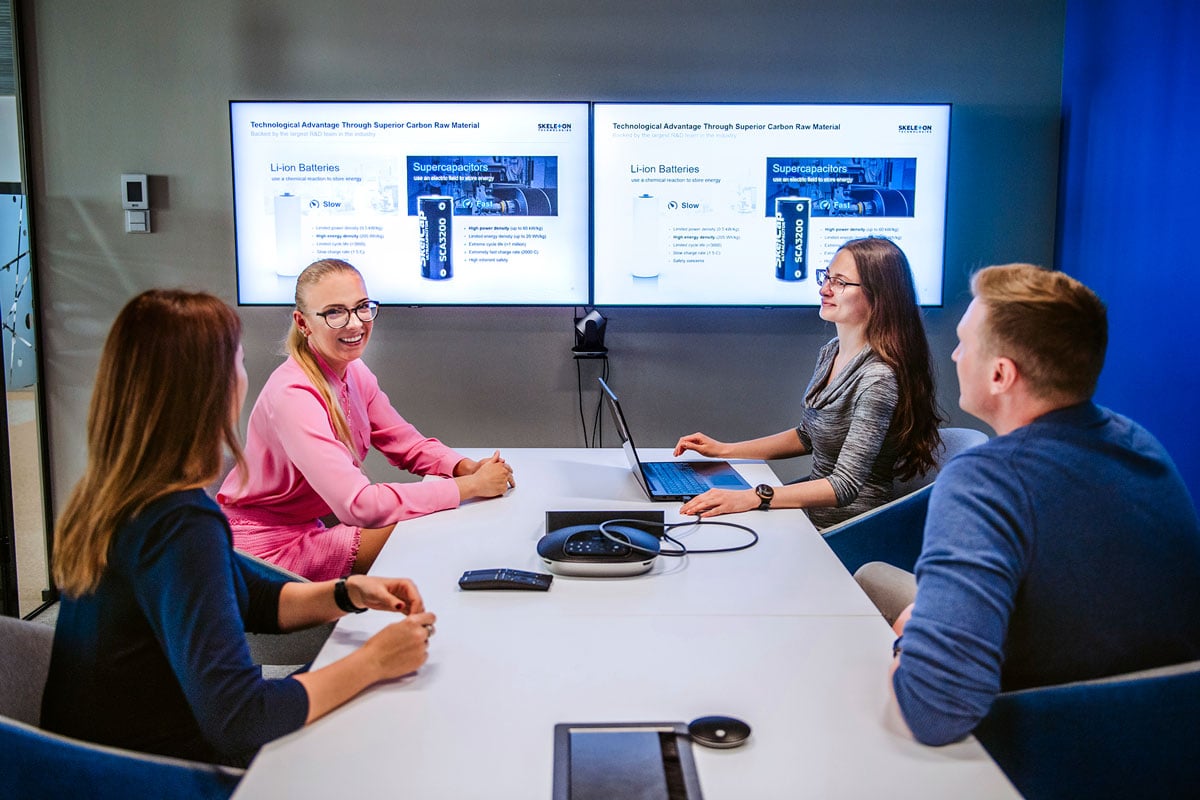 What does it mean? We think that a huge part of success is tied into which type of people we hire and more specifically the personalities these people have. You could command a small army, but if they’re not reliable, driven, and goal-oriented, then you’re not going to get far.

It’s been our experience that A-players drive the company and B-players get the job done, but anything lower than that slows us down. It’s our job to surround ourselves with A and B players. How do we define the different types of people? It’s never an exact science, but we’ve seen the following common denominators:

In a world of limited resources and time, finding the right people is the foundation on which everything else is built. As a company grows and matures, it’s increasingly important to work deliberately and hard on this, perhaps a bit counter-intuitively. With a larger company, you run a higher risk of letting a few bad apples slip in and as we all know, a few bad apples can ruin the bunch.

However, after the difficult work of having found the right people, we also think that it’s very important to work equally hard on developing our people and promoting from within. What would be the point of finding the best people, especially people who fit the Skeleton culture, if we don’t nurture them to lead the company to new heights?

Check out the first post in the series:
"We Help to Save Energy - the Skeleton Culture"

Each of us has unique skills that benefit the company. After all, that’s a prerequisite to working at Skeleton. That also means that each of us has unique things we can teach other people. We want to pass that knowledge to others, as long as it’s something that will benefit our people. That way we develop as individuals and as a team. At Skeleton Academy, we take the time to pass these skills on to our fellow team members or learn from industry experts outside the company.

We’ve started Skeleton Academy because we’re convinced that the greatest people want to keep learning their whole careers and in fact their whole lives. To be the best, you have to have the passion to learn more and hone your skills and expertise. Skeleton Academy is where we can put this into practice.

And on a related note, we think books have become undervalued ways of learning almost anything. So at Skeleton, we think that if you need a book that helps you develop in some way (excluding 50 Shades of Gray), then you shouldn’t need to ask. Just feel free to order and try to put what you learn to good use.

Coming back to the Reed Hasting’s quote about being a team, not a family, then in addition to hiring and developing the right people, building a good team also requires recognizing the right time for a change – not something you usually see in a family.

As the company grows, you often find people in jobs with a different set of requirements than they started out with.

Maybe they excel in a position with a wide array of tasks, but have had to specialize. Maybe it’s the other way around. There can be as many reasons as there are people. And quite frankly we could’ve made a mistake in choosing the person in the first place.

The reason for change is simple. You have a team that has come to win the championships. If you have individuals who are no longer contributing to that goal, then they’re holding the team back and that is just not fair to the others nor to the company. Everyone wants to work with the best and most motivated people and that’s how the team succeeds. Sometimes players leave and new ones with new skills come in to raise the level of the team.

However, this not a comment on the abilities of the people who should happen to leave Skeleton. In almost all of the cases, these people have been the right people at the right time – it is just that the situation has changed and a new context has emerged. There’s nothing wrong with leaving for new challenges. I believe that working at a rapid growth company like Skeleton is akin to working in dog years. You rack up the experience of 7 years of work in 1 calendar year. So whether a person has been with the company for a year or ten years, they have learned a huge amount and we are confident that they will be an asset for whatever company they end up in. We are also very grateful to each and every person who has helped us along our path, however long their participation, as we wouldn’t be where we are without them.

Take a look at the other posts on our Culture Code series: