Our dependence on fossil fuels is diminishing, but there's still a long way to go to carbon-free energy production and transportation. Renewable energy is replacing coal, natural gas, and even nuclear, but needs energy storage to provide a cost-effective alternative to cheap coal and gas.

While renewables are well on their way to providing us with clean energy, the automotive and transportation industries are still heavily reliant on oil. Hybrid and electric cars will be the norm in 10 or 20 years, but there's a long way to go to make that a reality.

We had a chat with Mr. Bo Normark of InnoEnergy about what near future holds in store for electric grids, automotive and transportation. With 35 years at ABB, working in smart transmission grid technologies, and as the Thematic Leader in smart grids and electric storage at InnoEnergy, Mr. Normark is highly qualified to discuss how the landscape is changing for some of the biggest industries in the world. 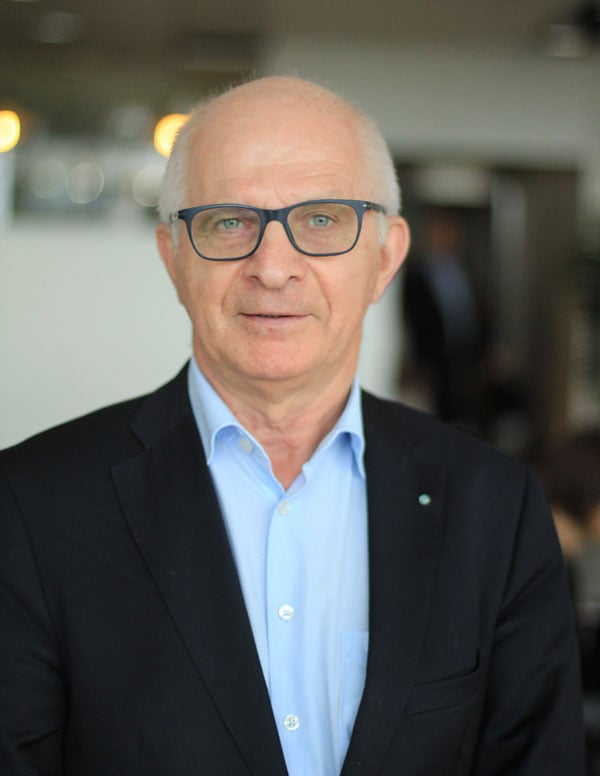 How have you worked with Skeleton Technologies previously?

Within InnoEnergy I’m responsible for electric energy storage and that’s how I came in contact with Skeleton. One of the programs we have at InnoEnergy gives direct support to start-up companies with promising innovations. In Skeleton Technologies’ case, we are supporting the project to develop the next generation of ultracapacitors.

What caught my attention about Skeleton was that they had a very sound idea on how to increase energy and power density - to make the product more stable, while bringing the cost down.

Where do you see energy storage having the biggest impact?

I’m convinced that ultracapacitors have a big role to play in short-term, high-power applications, and Skeleton’s advantage is that they are able to bring ultracapacitors to a cost level that makes them a really attractive solution for many issues in electric grids.

If we look at why energy storage is becoming more important, firstly in the transportation sector, it's clear that electrification of transport is the main path toward carbon-free transportation.

Everything that has an engine is going to be electrified, and one example is forklifts. It needs very high power when lifting, but there’s also a lot of energy to be captured when lowering heavy weights – again a great application for ultracapacitors.

With electric grids, the intermittent nature of renewable energy sources is also an opportunity for the use of energy storage, both to protect the grid and the power consumers and to store energy in times of excess production to be used in times of high demand. Ultracapacitors are able to protect the grid from sudden power surges, which can damage the grid or other infrastructure and machinery.

What are the key technologies to upgrade the grid for the future?

People talk about so many different technologies, but for me there are three technologies, which I see having the brightest future: ultracapacitors for short-term power, lithium-ion batteries and hydrogen for storage.

Lithium-ion batteries are perfect for long-term energy storage in the grid, but there's also a need in the power system for much shorter and higher power, for example in regulating grid frequency and to provide high power to start back-up power units. For short applications, seconds up to minutes, ultracapacitors have this beautiful characteristic that they have practically unlimited lifecycles, which is a big advantage in applications that need power for shorter times.

One more thing where energy storage will play a role is in reducing peak power, and here I mean both peak power from the production side but also from the consumption side. One example of a typical cause of peak power consumption is a water heater, which operate typically for a couple of minutes, and by doing that the water heater can actually determine the peak power in the building, even though it's such a simple device.

To bring the peak down in consumption, and to absorb the peak in production - that’s where energy storage technologies have a key role to play.

How do you see large-scale adoption of electric passenger cars and trucks impacting the grid?

First of all, I believe the adoption of electric vehicles is increasing much faster than people anticipated just a year ago. The reason is that electric cars will be cost-competitive with petrol-powered cars in just a few years. For example, I saw a new Volkswagen that's coming on the market by 2020, and that has a range of 600 kilometers and costs the same as a diesel car. My question would be, who will buy a fossil-fuel powered car beyond 2020 if you really can have an electric car for the same price?

Another thing that we are already seeing is fast chargers. This is a trend that is becoming more and more powerful. So far, Tesla’s 130 kW chargers have been the most powerful chargers available, but I’ve recently seen 300 kW chargers in Germany, which is an enormous amount of power for one car. There I can also see an application for ultracapacitors, because these chargers are used frequently and ultracapacitors can handle the surge and help the grid.

There are two countries in the world that have a grid built for electric heating, Norway and Sweden. That means they have extremely strong grids and are better prepared for the challenges of the future than countries with weaker grids.

Charging infrastructure on a global scale has been suffering from a lack of standardization. We still don't have one single standard, but in the past few years it's at least been limited to a couple of different standards. The automotive industry is coming together and they have realized that a common standard is very important for the penetration of electric cars. I have hope that we will see standards coming that will allow a more rapid expansion of electric cars, because a lot of plans have been delayed as companies are waiting for standardization.

A great example of common standards is the mobile telephone. The industry defined it and they standardized it. I remember it's one of the few times the United States has had to adopt to what happens in Europe, because at the time Europe was way ahead in the standardization process and the US had to adopt the GSM standard.

What do you think will be the main drivers of the development and investment in national grids?

I think it's the fact that electric vehicles are already so advanced and their adoption rate is increasing rapidly, and this will force the upgrade of grid infrastructure.

It’s a little disappointing to me that in discussions about infrastructure, charging infrastructure doesn't seem to be incorporated into the concept, not for any country. What I see emerging in many countries is that the government spends the money to bring the cables up to the charging points, but the actual charging technology is done by private companies, and there are many of these kinds of companies now coming up.

Although I strongly believe that it's the governments' responsibility to build and enhance their grids, I think this kind of public and private cooperation can work.

All this results in people talking that we have to build more grid, but then on the other hand, production is more and more distributed, so it's going in the other direction. For me, it all boils down to the power issue. If you can reduce the peaks by using energy storage, that will dramatically reduce the need to build more grid infrastructure.

We have done some extremely interesting simulations in Sweden about this, because we have the consumption data from basically every single house in the country, it's an enormous database. We have run simulations where we introduce batteries in the system to see how could we reduce the peaks, and the impact is quite dramatic.

The United Kingdom is the front-runner in implementing batteries for frequency regulation, which is actually the biggest problem in the world for grid. Those batteries, which could very well be ultracapacitors or hybrids in the next generation, are a wonderful application, because it solves a traditional problem in a completely new way and I’m convinced it will work well. And these are not test installations; these are commercial installations. This is a good example of how you can use energy storage instead of building more grid and energy plants to alleviate peak consumption.

Germany has done an incredible job with using so much renewable energy with such a limited investment in grid infrastructure, but soon they will have to start either investing more in the grid, or start using energy storage to a much higher extent to handle the issues arising from using renewables. I’m sure that a smart application of energy storage, and here I mean storage over the whole time span from very short to medium to long term, can really make a difference on how much more grid will need to be built and how efficiently the existing infrastructure can be used.

What I find a little frustrating is that with all the new solutions in energy storage that could help with many issues in the grid, there are no regulations in place to incentivize the end-users to invest in energy storage. One way would be if you would pay more for the maximum power you use, not for the energy. The maximum power is a big part of the cost of the grid, so paying for that would be fairer. Then you would also be incentivized to invest in energy storage. Sweden is starting now to make changes in regulations in that direction – to penalize power more than energy.

I know the regulators at many levels are looking at this issue, in both on national level in different countries and at the European regulatory level, but it will be private companies and individuals who will drive the change.

For me, 2020 will be an interesting year, because the price level for storage in both power systems and transportation will be at a competitive level and for that to have the desired effect new regulations need to be in place.