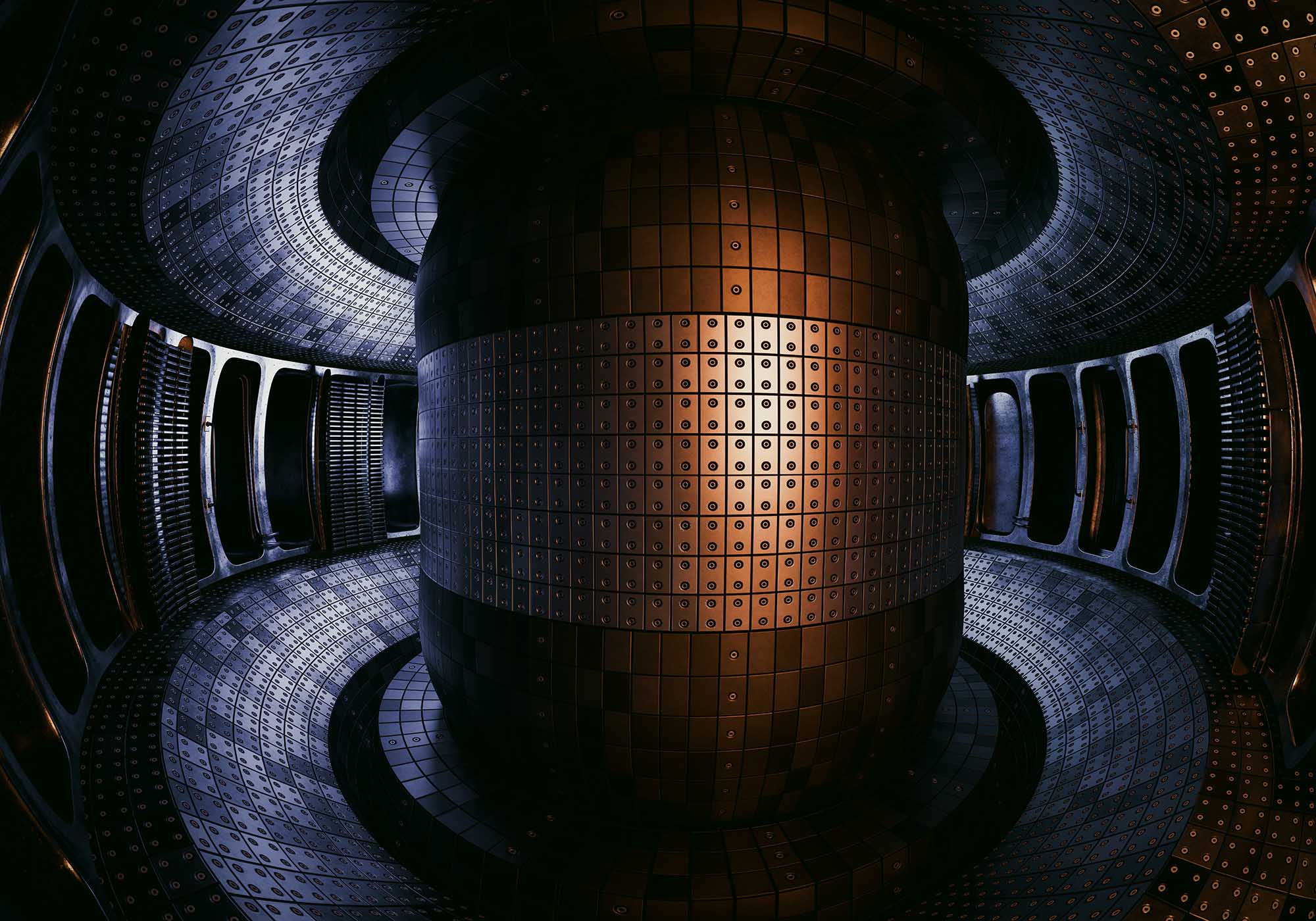 The future of nuclear energy is being developed now and Skeleton is contributing to it. Our company has been working with a leading American company aiming to build a compact fusion power plant based on the ARC tokamak power plant concept. The company is now using Skeleton’s supercapacitors to provide the high power needed to kick start the tokamak.

A tokamak is an experimental device that creates a nuclear fusion reaction, which in turn produces energy to heat water and produce steam that drives turbines to generate electricity. Nuclear fusion has the potential to provide clean and near-limitless energy if the challenges of production can be overcome.

The heart of a tokamak is its doughnut-shaped vacuum chamber. Inside, under the influence of extreme heat and pressure, gaseous hydrogen fuel becomes a plasma—a hot, electrically charged gas. In a star as in a fusion device, plasmas provide the environment in which light elements can fuse and yield energy.

Kick-starting a tokamak requires a lot of power. The system needs to heat up the plasma and reach stability in less than one second. 20 MW of power are needed to heat each gram of hydrogen. The system needs to be maintained for a few seconds with pulse power into the magnet system. Thanks to their ability to deliver a lot of power in less than one second, Skeleton’s modules are now increasingly used in the nuclear fusion industry. In particular, the power density of our supercapacitors, about 10 kilowatts/kilogram ​ (more than 10 times higher than Lithium-Ion batteries) and their lifetime of about 1 million cycles​ (against the average 1.000 to 10.000 cycles of ​ Lithium-Ion batteries)​ fits perfectly the needs of this sector.

One Tokamak needs about 60 tons of ultracapacitor modules. This sounds like a lot, but it is much, much less than the 220 tons of the actual flywheel used for powering coils, which are used to generate strong magnetic fields to control vertical and radial position of the plasma​. With their very high power density, supercapacitors are now seen as the future solution for tokamak coils’ immense power requirements, and that’s why Skeleton is currently working very closely with this American customer.

The company has the fastest, lowest cost path to commercial fusion energy. It leverages decades of research combined with new groundbreaking high-temperature superconducting (HTS) magnet technology. HTS magnets will enable compact fusion power plants that can be constructed faster and at lower cost. The mission is to deploy fusion power plants to meet global decarbonization goals as fast as possible. Our customer is uniquely positioned to deliver limitless, clean, fusion power to combat climate change, and we are proud to share the same commitment to this cause.