Since 2018, Skeleton’s ultracapacitors are commercialized in MJR Power and Automation’s systems. MJR is an engineering consultancy based in Teesside, UK, that specializes in projects in marine, offshore energy and renewable sectors. The company has just been awarded a contract by a major vessel owner and operator for the supply of ultracapacitors with a peak power capacity of 500kW. 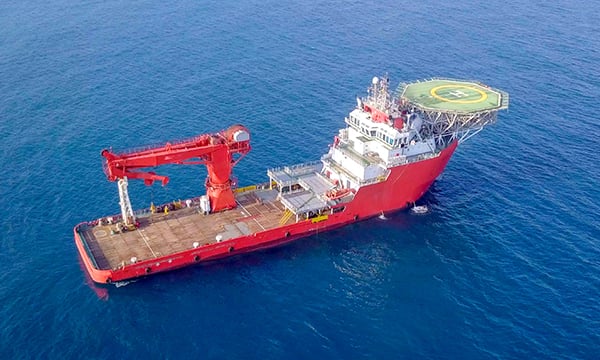 Skeleton’s modules are used in MJR’s Active Heave Compensation (AHC) systems. Active heave compensation is a technique used on lifting equipment to reduce the influence of waves during offshore operations.

Wave-related ship movements make it difficult to gently lay a heavy piece of equipment on the bottom of the sea or another floating vessel. The major risk is that the load acts as a destructive hammer to itself or nearby structures. It is a very risky operation, but moving heavy loads from ship to sea floor happens all the time in the offshore industry, whether it is for pipeline construction and repair, maintenance of wind turbines, placement of oil and gas wellheads, etc. Therefore, offshore activities must be carried out no matter how bad the weather can be. They require advanced technology for handling loads, particularly when waves can reach more than 10 meters in the North Sea as in the case of projects done by MJR. In this situation, the active heave control system actively tries to compensate for any movement at a specific point, using power to gain accuracy.

Skeleton’s supercapacitor modules enables recovery of energy during the ‘heave up’ phase and releasing it again during the ‘heave down’ phase. This can reduce the overall system power demand by up to 75% and therefore reduce the total peak power required from the vessel or generator supply. It also ensures there no energy is lost.

The higher reliability and the reduced peak power demand from the generator aren’t the only benefits of using ultracapacitor modules for AHC applications. Ultracapacitors also can withstand over 1 million cycles, which guarantees a lifetime of 10+ years for the powering system. Being maintenance-free is particularly relevant in the case in one of the projects executed by MJR.

There is increasing interest from the marine industry for our ultracapacitors modules as they make working at sea safer and more economical. This long-standing cooperation with MJR is a great example of the trust into the technology and especially in Skeleton’s ultracapacitors with the highest power density on the market.