Skeleton Technologies is delivering supercapacitors to cover a ramping of 2 MW for 45 seconds to serve the Finnish grid with FFR. This system commissioned for 2023 will be based on 28 cabinets with our supercapacitors inside. The high-power density of supercapacitors means that the system has a much smaller footprint and lower cost compared to a battery-based alternative with the same rated power.

Around the world, coal power plants are being closed and nuclear decommissioned. In the drive towards decarbonization, renewable energy sources are added to the grid, predominantly wind and solar power which by nature are both very unpredictable and unstable with low inertia. Such a shift in the power source mix affects grid stability and its transfer capacity. The so-called renewable revolution increases the need for better frequency reserve in the power grid and hydropower has the potential to be able to compensate for fluctuations in the grid.

Pros and cons of hydropower

When other power sources go out or load shifts lead to a drop in grid frequency, hydropower can rapidly ramp up, recoup shortfalls, and stabilize the grid. However, the large masses to be set in motion limit how fast changes hydropower can actually compensate. The problem with hydropower turbines is that they cannot accelerate quickly enough to instantly meet the increased demand in the grid. It will take the turbines 5–20 seconds before they are up to setpoint delivery.

On one hand, hydropower is one of the best ways of storing energy for a long duration. On the other, hydropower is lacking the rapidness needed to participate in the FFR and FCR (Frequency Containment Reserve) markets. An energy storage solution can bridge the gap of acceleration needed before the turbines are up to speed, by providing the necessary power during these critical seconds and giving the hydropower plant enough time to ramp up. When the plant catches up to grid demands, the energy storage solution disconnects, and the plant operates as usual.

System-level energy storage can be based on either batteries or supercapacitors. In the case of providing fast frequency response, supercapacitor-based solutions are by far better equipped to deal with the cyclic requirements and rapid high-power charges and discharges needed around the clock. “If you consider the power and time needed for ramping up the hydropower capacity, supercapacitors are a better fit. Don't do this with battery-based technologies,” argues Skeleton’s sales director Tony Moberg. Batteries, based on lithium, for instance, provide energy over a long time and have a limited lifetime. Supercapacitors, on the contrary, are designed to give exceptionally high power for a short period of time and have a lifetime of at least one million cycles. “Supercapacitors also have a smaller footprint, making it the better option for hydropower plants. To achieve the same power with a battery-based system, a footprint of 2–30 times the size would be needed, depending on the system requirements,” adds Moberg.

In many countries, hydropower asset owners need to upgrade their plants due to regulation and/or age. However, these upgrades won’t result in increased revenue. By including supercapacitors in the plant overhaul, the plant owner can contribute to the provision of ancillary services to the electricity grid (e.g. Fast Frequency Response (FFR) in the Nordic countries). Stabilization of the grid's frequency and prevention of disturbances can provide a new source of revenue.

Supercapacitor-based solutions can be connected to power conversion systems to provide FFR. The system can provide an active power boost for up to 45 seconds, as well as simultaneous active and reactive power contribution, and reduction in the rate of change of frequency.

Adding supercapacitors also has the positive effect of lowering the maintenance cost of turbine governor systems, since the ramping can be done slower or even completely avoided, depending on the design.


Benefits of supercapacitors over batteries:
• High power density & low resistance.
• Over 1 million cycles & longer calendar life from 15 to 20 years.
• -40°C to +65°C operating temperature range.
• Considerably lighter than batteries for high-power applications.
• Systems are easily fully discharged for safe maintenance operations.
• Simpler monitoring and system health checks for systems and modules.
• Supercapacitors do not leak or contain acid or lead.
• No use of rare earth materials, cobalt, or other unsustainable elements which put stress on the global supply chain, and at the same time complicate drastically the recycling process.

Get in touch with us to hear more about the advantages of supercapacitor energy storage for grid. 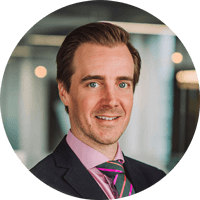 Tony Moberg
Sales Director - Grid
sales@skeletontech.com
WE ARE AMBITIOUS. SO ARE YOU.