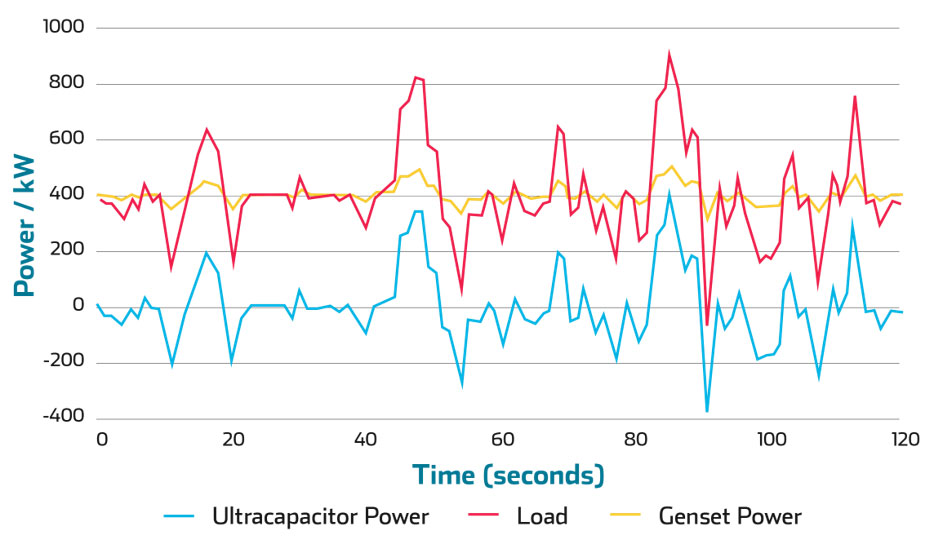 Random high load variations can cause severe issues for Variable Speed Generators, or VSGs. These machines are used in renewable power generation (the application of interest in this blog post), but also in marine and shipbuilding, oil & gas industry, telecommunications, stand-by power, and a large number of other industries and applications.

When it comes to VSGs, high load variation can be a major issue. In the picture below, the load is shown in red, while the genset power is yellow. 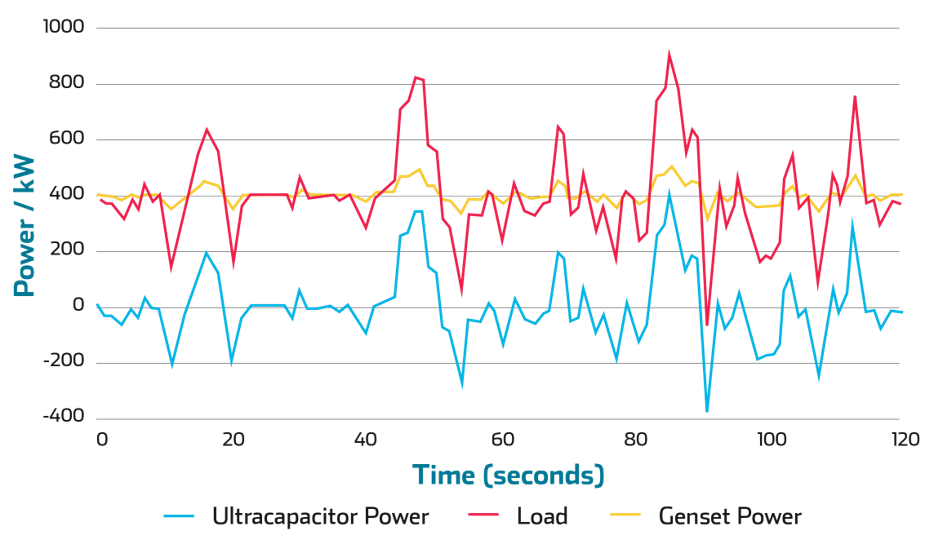 Without the stabilizing effect of ultracapacitors (in blue) the genset could suffer from a number of issues, including maintaining the stability of power generation and being unable to meet the load demand. High load variation also impacts the lifetime of an engine negatively.

Skeleton's solution to the issue of load variations is an ultracapacitor-based system that is able to instantly and reliably respond to changes in load, smoothing the generator power. The ultracapacitor solution is connected to the DC link of the power conversion system. 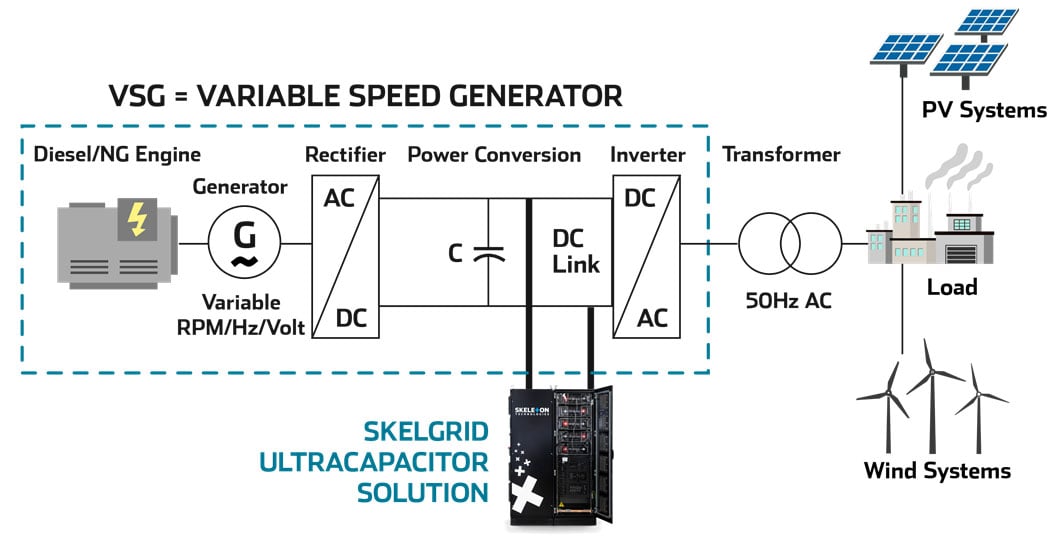 With our ultracapacitor solution:

If you want to hear more, get in touch!